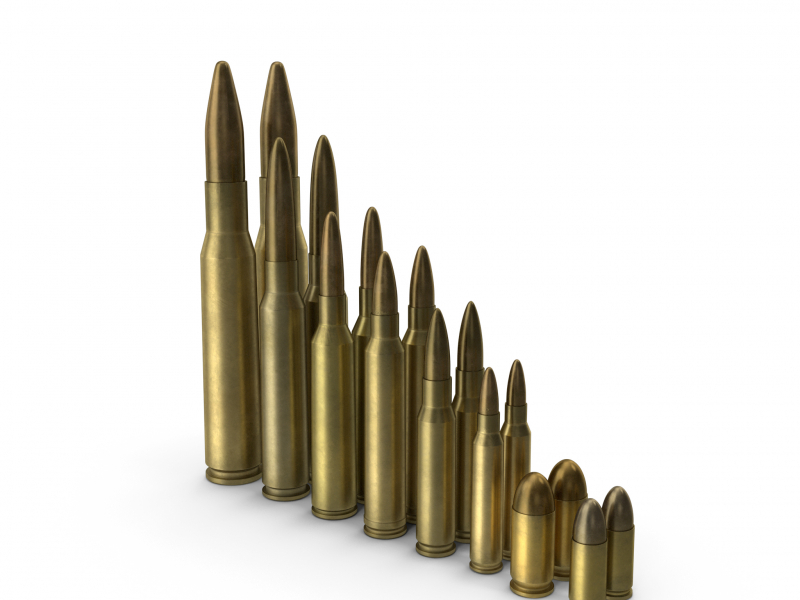 Obviously, those dealing closely with guns very well know what “caliber” means. Even if you are not much interested with firearms, you might somehow have heard the word “caliber” from somewhere, yet you might not know what it means.

Then, let us try to explain briefly the meaning of caliber.

Let us initially start with the definition of the concept of “caliber”. As a matter of fact, for grooved-ribbed firearms and bullets used therefor, caliber is a unit of measure just like centimeter, millimeter and corresponds to one hundredth of an inch. In other words, 1 caliber is 0,01 inches. Indeed, as inch is a widely used unit of measure mainly used in countries like the US, Canada and the UK, it might easily be said that this calculation does not mean much in our daily life. Then, it would be useful to convert all of such measures to the metric system we are currently using.

Whereas in hunting rifles, Caliber (Gauge (Ga) or number); is the number of spheres made of equal size equivalent to 453.6 grams of lead (Pb) with density 11,43 g/cm³ at 15°C. This figure means the nominal size of the barrel and diameter of each of the said spheres (balls) is equal to the inner diameter of the barrel of the said caliber.

We have thus set forth the equivalent of caliber as a unit of measure. However, when firearms are at stake, caliber refers to the diameter and length of the bullet that could be fired by such gun as well as the barrel diameter of the gun itself, rather than merely a unit of measure. Consequentially, when we are referring to the calibers of firearms and bullets, we are generally not talking about the unit of measure we tried to explain hereinbefore, because measures in the metric system such as 9-millimter, 10-millimeter and the like are also used to express the calibers of guns.

From this viewpoint, caliber is in fact a term used to express the diameters of firearms and bullets. Gun diameters are measured under three different systems; these are named as metric calibration, Anglo-American calibration and NATO calibration systems.

In the metric measurement system, bullet diameter fired by the gun and Shell length are expressed in millimeters. For instance, when referring to a 9x19 millimeter gun, the first number-in other words 9- represents the diameter of the bullet core in terms of millimeters, whereas the number 19 after “x” means the total length of the bullet, also in terms of millimeters. This analysis could as well be made for bullets like 7,65x21, 9x21, 7,62x31 millimeters. While sometimes it is seen that letters like “R”, “J”, “I”, “S” succeed these numbers. These letters represent the type, filling method, shape and such similar features ogf the bullet.

We could at times possibly encounter calibers not expressed under the metric system. For instance, expressions like .357, .45, .50 mean the caliber of the gun in terms of calibers as a unit of measure. It is at this very point that the initially provided caliber-metric system conversion figures are of essence. Multiplying the figure in terms of calibers with 0.254 would be giving the millimeter equivalent of the gun’s caliber. For example, the millimeter equivalent of a .38 caliber gun would be .38 x 0.254, in other words 9.652 millimeters.

Different calibers bear varying advantages as well as disadvantages concerning utilization. For instance, generally with high caliber bullets have an equally high –depending also on the weight of the bullet core- destructive power. Notwithstanding the aforesaid, such power would be affecting other factors like ramping, serial usage, etc. Therefore, in selecting the caliber, basic determining element should be the purpose of use of the firearm.

Finally, let us bring an end to our article by giving some caliber measures. One of the most preferred calibers worldwide is 9 millimeters, yet there are also several other standards. It is listed hereinbelow a few of the most favored calibers:

We use cookies in accordance with legal regulations to improve your user experience. You can find detailed information on our Legal Texts page